Holidays, Hallmark, and Harlem: Meet Monique Matthews, the screenwriter behind the newest Christmas Hit, A Holiday in Harlem 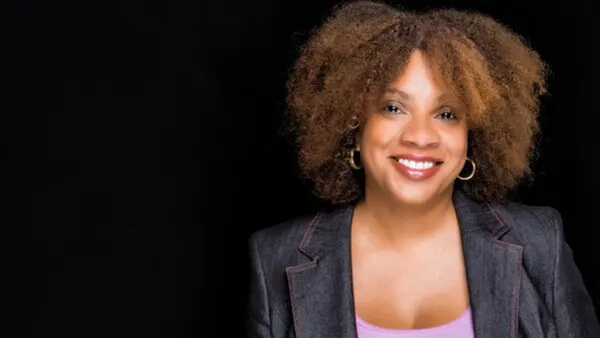 I had the pleasure of speaking with Monique Matthews, the Harlem native behind Hallmark’s newest Christmas hit, A Holiday in Harlem. A multi-faceted professional, Monique has previously showcased her writing in esteemed publications such as, Ebony.com and TV Guide Magazine. Matthews brought her personal touch to the film with her own experience living in Harlem weaving itself into the writing, making the film a beautiful representation of the city that means so much to her, and resonating with audiences everywhere. Bringing the Christmas cheer to families across the nation, this film is one that proves there’s nothing better than being home for the holidays. We had the chance to talk about her approach to screenwriting, turning challenges into opportunities, and her unique creative process.

What did your career journey look like that has brought you to where you are today?

After graduating from college, I wished I had more of a “firm” idea of what I wanted to do. Most, if not all, of my friends seemed to be able to select one path and stick to it. I was all over the place: a case manager for substance abusing families, a middle-school teacher, a Ph. D student in Sociology, an entertainment journalist, and a managing editor for a national music publication. Finally, I wrote my first TV spec pilot, and that’s when I understood what falling in love with life was like – I discovered something that I wanted to do for the rest of my days. I love how the medium of screenplay writing allows us to transport emotion visually. I get the wonderful opportunity to evoke passion to enhance empathy as I lead audience members through a vivid and engaging storytelling experience.

You brought a unique approach to A Holiday in Harlem. Can you take us behind one or two of your favorite scenes? Tell us more about your process and how you decided the right way to approach it.

A standard format of many holiday movies is that a “Big City” executive returns to his or her small-town home and realizes that what’s most important may have been in their own “backyard” all along. As a native New Yorker, who grew up in Harlem her entire life, I knew intrinsically how “small town” many of our neighborhoods can be, especially Harlem where many African Americans in the Great Southern Migration – Georgia, North and South Carolina – of the early 1900s settled. So, I am especially fond of the scenes showcasing the ways our Southern culture and charm shine through.

I also love being a New Yorker and the way we, in lieu of backyards, shut down streets to celebrate with outdoor festivals. The San Gennaro Festival in Little Italy, NYC, is well known, and so are block parties in Harlem, which happen throughout summer. Growing up, one of my favorite Block parties happened during Harlem week – a weeklong celebration of fun, filled with music, arts and other cultural events. Growing up, there was always one day where a popular street would be shut down, and children, like me, were able to run full throttle through the block and play games, while parents and family gathered to hear music and eat food. There were deejays playing soul and hip hop during the day and live jazz bands performing at night. It was one of my favorite parts about growing up in Harlem, and it was something I most certainly wanted to capture in this movie.

When I thought about setting a holiday film in Harlem, I wondered, “What if Harlem Week took place during Christmas?” This is how the Christmas Jamboree was born. And, once that vision was clear, I knew that the culminating event had to be the Christmas Eve Block Party, my ultimate nod to one of my favorite annual events in childhood.

What were some of the challenges you encountered with A Holiday in Harlem? How did you overcome them?

Thanks so much for asking this question, as there are challenges in every undertaking. And, one thing I’ve learned, which becomes more and more apparent, is that challenges are a wonderful opportunity to help you decide if you really want something. If you do, there’s nothing that can stop you. If you don’t, then challenges can point us in the direction of what we most want.

Our schedule was one of the more pressing challenges in A Holiday In Harlem. We were in the midst of the pandemic when my producers called to tell me that Hallmark was interested. I had two weeks to put together a treatment. My producers and I then had a meeting with our development execs who loved the idea and sent me to draft. The catch: It was May, and if the movie were to receive a greenlight, the script had to be ready in a month to meet the production demands for a 2021 release. So, essentially, I had to write a working draft in three weeks. Most know that, by definition, first drafts suck, but I had to figure out a way to make it work. I adopted a very focused schedule of getting up by 5:30am and listening to my Christmas playlist while walking “The Girls,” my two Maltese. I used this time to organize my thoughts for the day. I would write in three, four-hour blocks, take a break – usually movement involving another walk, run, and getting in a Peloton bike ride, shower, and then I was back to writing again before retiring for the night. In the morning, I started it all again. I had little to no time for family and friends.

When you are assigned a new project, what is the first step in your process?

My process often shifts based upon the nature of a project – if it’s an original idea, I may see a scene or hear a line of dialogue that serves as a spark. If it’s an idea for hire, I often try to get an incredibly clear understanding of what the producer or executive wants by doing as much research about the authenticity of the world or the characters (whether fictionalized or based on a real person) who will inhabit the story. Once that’s done, my first creative steps (as the two are in tandem) is to brainstorm a list of “20 Things I’d Like To See” in the story, and create a Spotify playlist that captures the initial tone and thematic principles I “see.” I then use both of these to create a treatment, outline and to draft the project.

Who is your dream director or creative to work with?

Okay, so if we’re taking the “dream” concept seriously, I’d like to engage time as existing on a non-linear continuum where the past, present, and future are fluid and interchangeable. If this is the case, I would most like to work with Billy Wilder, the ultimate writer-director, who began directing to protect his written word. I love how Mr. Wilder captures the human condition in all its fabulousness, flaws and wonders. He was able to write and direct across genres, as he was always guided by zeroing in on the most authentic aspect of the story.

If time is restricted to our current linear model, then the top two directors, who also serve as producers, that I’d love to work with are Alfonso Cuarón and Ryan Coogler. I am in awe of how, as directors, they are able to capture the nuance of everyday life – Cuarón via Roma and Coogler via Fruitvale Station – while also stirring the imagination with emotion and wonder in Blockbuster films like Cuarón’s Gravity and Coogler’s Black Panther. Finally, as producers, they’ve both been able to shepherd amazing works like Pan’s Labyrinth and Jesus And The Black Messiah, respectively.

What 1 sentence of advice would you give to aspiring writers?

Focus on one thing you want most from each project – this way when you encounter obstacles and challenges, you maintain focus on winning the war (manifesting what you want most), by not getting distracted by how you’re faring in various battles.

You can find more about Monique Matthews and her many works on IMBD and her website.